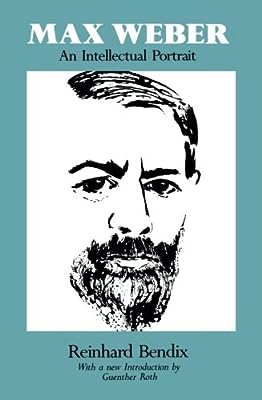 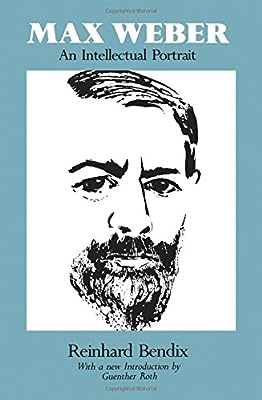 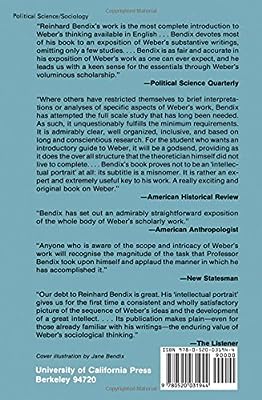 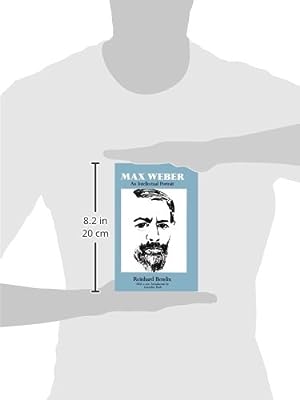 Strong intellectual history of Weber and his ideas.

"Our debt to Reinhard Bendix is great. ["Max Weber provides] a consistent and wholly satisfactory picture of the sequence of Weber's ideas and the development of a great intellect. . . . Its publication makes plain--even for those familiar with his writings--the enduring value of Weber's sociological thinking."--"The Listener

From the Inside Flap

"Reinhard Bendix's work is the most complete introduction to Weber's thinking available in English . . . Bendix devotes most of his book to an exposition of Weber's substantive writings, omitting only a few studies. . . .Bendix is as fair and accurate in his exposition of Weber's work as one can ever expect, and he leads us with a keen sense of the essentials through Weber's voluminous scholarship."
--Political Science Quarterly
"Where others have restricted themselves to brief interpretation or analysis of specific aspects of Weber's work, Bendix has attempted the full scale study that has long been needed. As such, it unquestionably fulfills the minimum requirements. It is admirably clear, well organized, inclusive and based on long and conscientious research. For the student who wants an introductory guide to Weber, it will be a godsend, providing as it does the overall structure that the theoretician himself did not live to complete."
--American Historical Review
"Anyone who is aware of the scope and intricacy of Weber's work will recognize the magnitude of the task that Professor Bendix took upon himself and applaud the manner in which he has accomplished it."
--New Statesman

Reinhard Bendix (1916 - 1991) was professor of political science at the University of California in Berkeley, where he has been teaching since 1947. Born in Berlin in 1916, Bendix fled the Hitler regime when he was twenty-two, and came to the United States, where he entered the University of Chicago. There he studied sociology and obtained a B.A. in 1941, an M.A. in 1943, and his Ph.D. four years later. In 1970 he was president of the American Sociological Association.
Among his numerous books are Work an Authority (1956), Nation-baking and Citizenship (1964), Embattled Reason (1970), and Kinds or People (1980).

Freud: A Life for Our Time