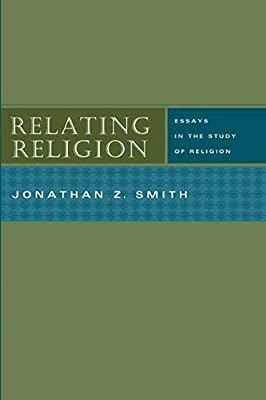 Distinguished University of Chicago Professor gives his take on the discipline in a series of essays.

One of the most influential theorists of religion, Jonathan Z. Smith is best known for his analyses of religious studies as a discipline and for his advocacy and refinement of comparison as the basis for the history of religions. Relating Religion gathers seventeen essays—four of them never before published—that together provide the first broad overview of Smith's thinking since his seminal 1982 book, Imagining Religion.

Smith first explains how he was drawn to the study of religion, outlines his own theoretical commitments, and draws the connections between his thinking and his concerns for general education. He then engages several figures and traditions that serve to define his interests within the larger setting of the discipline. The essays that follow consider the role of taxonomy and classification in the study of religion, the construction of difference, and the procedures of generalization and redescription that Smith takes to be key to the comparative enterprise. The final essays deploy features of Smith's most recent work, especially the notion of translation.

Heady, original, and provocative, Relating Religion is certain to be hailed as a landmark in the academic study and critical theory of religion.

The Third Force (The Psychology of Abraham Maslow)

Man and His Symbols

Buy it Now
See more Relating Religion: Essays in the Study of Religion on eBay