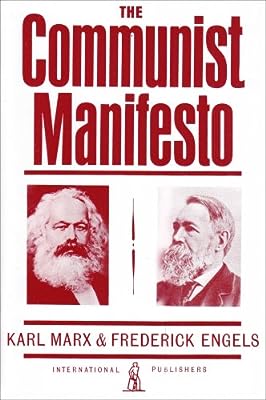 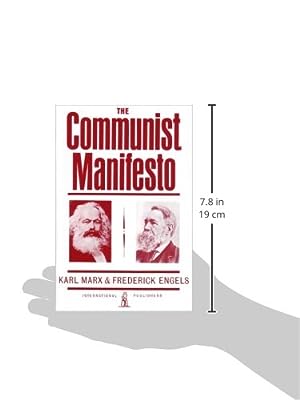 Quite frankly, every educated person should have read the Communist Manifesto. If you have not, it’s a good time to correct that oversight.

Check out ngims Publishing's other illustrated literary classics. The vast majority of our books have original illustrations, free audiobook download link at the end of the book, navigable Table of Contents, and are fully formatted. Browse our library collection by typing in ngims or ngims plus the title you're looking for, e.g. ngims Gulliver's Travels.

Free ebooks on the web are not organized for easy reading, littered with text errors and often have missing contents. You will not find another beautifully formatted classic literature ebook that is well-designed with amazing artworks and illustrations and a link to download free audiobook for a very low price like this one. The nominal price of this ebook covers the time and effort in formatting the materials and putting everything together in one place for your convenience. As a reader, you would want everything readily available at your fingertips because you many not have the time, interest or know where to look for your favorite book.

The Communist Manifesto, originally titled Manifesto of the Communist Party (German: Manifest der Kommunistischen Partei) is a short 1848 book written by the German Marxist political theorists Karl Marx and Friedrich Engels. It has since been recognized as one of the world's most influential political manuscripts. Commissioned by the Communist League, it laid out the League's purposes and program. It presents an analytical approach to the class struggle (historical and present) and the problems of capitalism, rather than a prediction of communism's potential future forms.

The book contains Marx and Engels' Marxist theories about the nature of society and politics, that in their own words, "The history of all hitherto existing society is the history of class struggles." It also briefly features their ideas for how the capitalist society of the time would eventually be replaced by socialism, and then eventually communism.

"A spectre is haunting Europe," Karl Marx and Frederic Engels wrote in 1848, "the spectre of Communism." This new edition of The Communist Manifesto, commemorating the 150th anniversary of its publication, includes an introduction by renowned historian Eric Hobsbawm which reminds us of the document's continued relevance. Marx and Engels's critique of capitalism and its deleterious effect on all aspects of life, from the increasing rift between the classes to the destruction of the nuclear family, has proven remarkably prescient. Their spectre, manifested in the Manifesto's vivid prose, continues to haunt the capitalist world, lingering as a ghostly apparition even after the collapse of those governments which claimed to be enacting its principles.

"the greatest charter of our movement." --Rosa Luxemburg

"an integral and systematic exposition of [Marx's] doctrine ... the best to this day." Lenin "laid the foundation for modern socialism." --Karl Kautsky

Karl Marx (1818-1883) was a German philosopher, political economist, historian, political theorist, sociologist, communist, and revolutionary, whose ideas played a significant role in the development of modern communism. Marx summarized his approach in the first line of chapter one of The Communist Manifesto, published in 1848: "The history of all hitherto existing society is the history of class struggles." Marx argued that capitalism, like previous socioeconomic systems, would inevitably produce internal tensions which would lead to its destruction. Just as capitalism replaced feudalism, he believed socialism would, in its turn, replace capitalism, and lead to a stateless, classless society called pure communism. This would emerge after a transitional period called the "dictatorship of the proletariat": a period sometimes referred to as the "workers state" or "workers' democracy". In section one of The Communist Manifesto Marx describes feudalism, capitalism, and the role internal social contradictions play in the historical process: We see then: the means of production and of exchange, on whose foundation the bourgeoisie built itself up, were generated in feudal society. At a certain stage in the development of these means of production and of exchange, the conditions under which feudal society produced and exchanged...the feudal relations of property became no longer compatible with the already developed productive forces; they became so many fetters. They had to be burst asunder; they were burst asunder. Into their place stepped free competition, accompanied by a social and political constitution adapted in it, and the economic and political sway of the bourgeois class. A similar movement is going on before our own eyes.... The productive forces at the disposal of society no longer tend to further the development of the conditions of bourgeois property; on the contrary, they have become too powerful for these conditions, by which they are fettered, and so soon as they overcome these fetters, they bring order into the whole of bourgeois society, endanger the existence of bourgeois property.Marx argued for a systemic understanding of socio-economic change.